As 2016 comes to a close I end the year with another record month of $8.70 in dividends. I've only been at this a little over a half year and it is nice to see the steady progress. Here my December dividends.

Why I continue to Fund a 529 Plan My Daughters will Probably Not Need.


I loved everything about college except the cost. A price, that I didn't truly understand until  nearly two decades of monthly payments. A good chunk of those payments went to interest. To this date we're still paying my wife's college loans. I have to say as the years have passed college has felt more and more like indentured servitude.

This was the legacy I wanted for my children. So when my oldest daughter was born I vowed, that even though I didn't have much, I would start saving early and continuously. That I would up the amount whenever possible. It took me bout 8 months to recover from life after bringing home a child and finding the right place to save. I settled on the New York 529 Direct Plan through NYSaves based on its performance and low fees.

I started funding just $25 a month.  Every couple months I added $5-10 to my payment. Additionally when family sent my daughter money for her birthday, I deposited every dollar into the fund.  A couple months before my daughters third birthday I had close to 4k saved. It wasn't much, but given the budget I was on I was proud of the discipline it took to save that much.

Then I received some fantastic news. My mother just came into a large sum of money and she wanted to do something for my daughters. (Our youngest was just born). She was going to setup two 529s of her own with a significant enough of a lump sum that the girls wouldn't have to worry about college. For my mother this was a legacy for her to leave to her grandchildren. She is battling cancer and one of her biggest fears is that the girls won't remember her. It also is some relief for my wife and I that we won't have to worry about putting two children through school with our own retirement looming.

It was a fantastic gift. But it left me with a dilemma. What about the account I started? Do I continue to fund it?  I had a lot of other savings goals. There was retirement, a house, paying down my wife's student loan. And I was starting to look into dividend growth investing. I simply have a lot of buckets that I wanted to put money into and not enough money to take from.

After thinking long and hard I decided to drop the amount to $25 a month but to continue to fund my oldest daughters 529 plan. Here are the four reasons behind it.

2. Can't project the future: College costs are out of control. My mom put away more money than I could have imagined saving. But if prices continue to rise, there is a chance that they may even price out of her savings. Also if one of them get into an Ivy school or wanted to go to an expensive graduate program, they may need more than what has been put away from them.

3.   The legacy: The great thing about a 529 is that it is transferable. So if my daughter didn't end up exceeding what my mother put away from them it could be used for grandchildren. The idea of potentially allowing money to grow tax free for a grandchild decades before they're born is beyond exciting.

4. Very little downside: Suppose my kids don't end up needing the money for school. The worst that would happen is that I give it to them and they have to pay regular taxes and a 10 percent penalty. If I let my girls take the money our during say their senior year, they will be in a very low tax bracket anyway. And the money will have tax free for decades. It would essentially be like my 403b plan only with low fees. 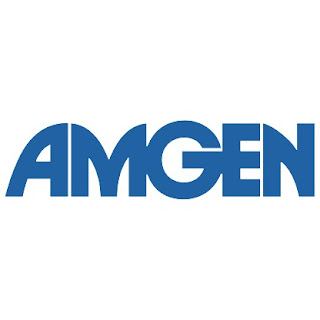 When to Have the Personal Finance Conversation with Your Spouse


My wife is my hero. In terms of salary, I wouldn't call her the breadwinner (we need both our incomes to live), but she brings home the bacon. She also commutes nearly 2 hours a day each way to do it. This in addition to taking my daughter to sacrificing sleep, weekends, to being a devoted wife and mom. Being exhausted has never stopped her from taking my oldest to Dance class, the park, or playing games in the house. She paid for my principal certification and is extremely supportive of my career. She has the fancy finance MBA and I'm the teacher.  But she is the one dodging the savings question while I am thinking about it non-stop.

I do understand her perspective. As long as both our kids are in daycare, she still has student loans, and we rent an expensive apartment, there isn't a lot more we can do. She comes home each day exhausted and doesn't want to spend time worrying about finances now. Truth be told, she doesn't spend frivolously. She's probably more frugal than I am in a lot of ways. I do believe we could be living in a smaller place right now. But if this along with a high quality daycare are our only real luxuries. When daycare and student loans are gone we should have an extra $2,500 per month. And that doesn't account for salary increases. We are both on a trajectory for more senior positions that pay more. We also both have parents that are in positions to help us and will. So the outlook is positive.

But what worries me is not having a holistic picture of where we are. I have an idea of our finances and I have some worries. I don't think we are saving enough collectively. But we also aren't in a position to right now.  Our situation is not dire but it made think about the fact that finances are among the leading causes of divorce for many couples. So it made me think about when to have the finance conversation with your spouse. For the record given our other stresses I'm okay putting off our discussion. But I was wondering under what circumstances the conversation is necessary.

1. You or Your Spouse is Doing Something Destructive: If you notice a change in spending habits this can signal a need to talk. Money leaving your joint account, an increase in credit card charges. Do you suspect a problem with such as gambling, shopping addiction, or drugs. Ben Franklin said a stitch in time saves nine. Better to discuss a small problem before it becomes more serious.

2. You Haven't Set Goals or Contingency Plans: What are your financial goals whether it is buying a house, to be in a position to support children, retirement, or what you'd do in the event one of you were unable to work. Do you have a will or life insurance? I've known many people that haven't taken these important steps.

3. A Lack of Financial Collaboration: My wife and I both have our own bank accounts in addition to our joint account. We also divide which bills we pay. This has many advantages. I love the independence of not having to discuss every small purchase. But it also leads to inefficiency. My wife carries small balances on her credit card for no reason. It's not a lot of money but why pay interest when you don't have too. I'll admit I've not been as focused at lowering the electric bill as I should because I'm not the one paying it.

4. Future Planning: I think it is really important to set short and long term goals and to make sure you are working towards them. Whether it is saving for a home, college, retirement, or simpler things like the next family vacation, car, or home improvement it helps to have a plan in place.

5. Debt Management: When I got engaged I had 39k in student loan debt and 19k in credit card and car debt. My wife entered a full time graduate program at NYU and had car debt. Today our only debt is some low interest student loans of my wife's and we have a modest savings. That wouldn't happened without a plan.
at December 03, 2016 4 comments:

November dividends are in and I'll gladly take it. I earned $3.71 This is my second best month ever. This is more than double what I did in August. I'm really excited for December dividends as it is  quarter month.

Here is the breakdown:

May was a solid month of dividends. Nine companies paid me $44.02 in dividends. Still a little work to go to get to $50 in a non-dividend m...